Legal Rules in Practice. In the Midst of Law’s Life. 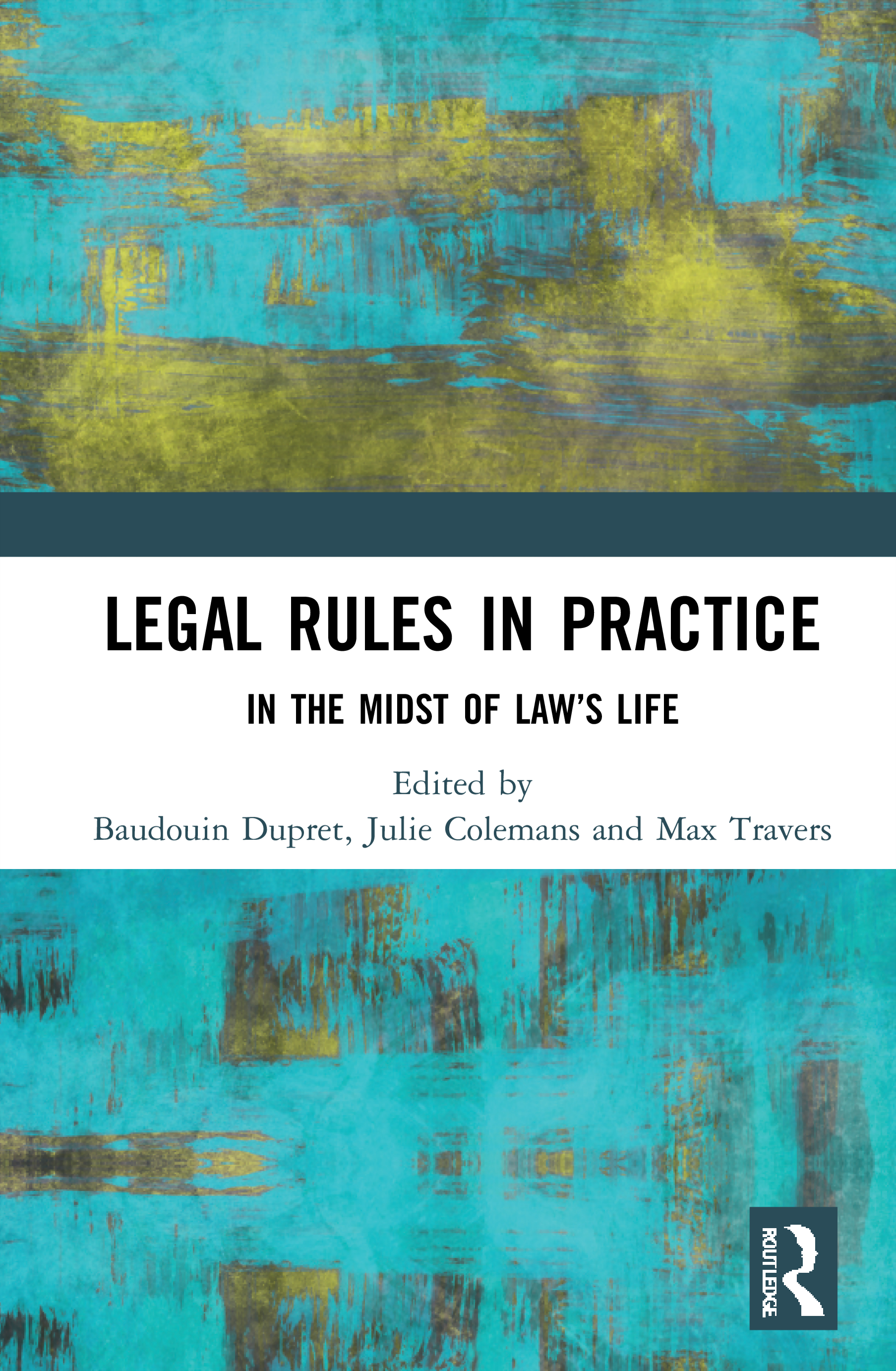 nderstanding legal rules not as determinants of behavior but as points of reference for conduct, this volume considers the ways in which rules are invoked, referred to, interpreted, put forward or blurred. It also asks how both legal practitioners and lay participants conceive of and participate in the construction of facts and rules, and thus, through decisions, defenses, pleas, files, evidence, interviews and documents, actively participate in law’s life. With attention to the formulation of notions such as person, evidence, intention, cause and responsibility in the course of legal practices, Legal Rules in Practice provides the outlines of a praxiological anthropology of law – an anthropology that focuses on words, concepts and reasoning as actively used to solve conflicts with the help of legal rules. As such, it will appeal to sociologists, anthropologists and scholars of law with interests in ethnomethodology, rule-based conduct and practical reasoning.

Baudouin Dupret is Directeur de Recherche at the French National Centre for Scientific Research (CNRS) and guest lecturer at the University of Louvain, Belgium. He has published extensively in the field of the sociology and anthropology of law, legislation and media, especially in the Middle East. He is the co-editor of Law At Work: Studies in Legal Ethnomethods and the author of Practices of Truth: An Ethnomethodological Inquiry into Arab Settings, Adjudication in Action: An Ethnomethodology of Law and Positive Law from the Muslim World.

Julie Colemans is a research engineer at the Faculty of Law, Political Science and Criminology of the University of Liege, Belgium. Her PhD thesis dealt with the decision-making process within the Belgian Council of State. She continued to work on legal reasoning through an ethnography of emotions within law courts, and her current research surrounds the epistemological framework underlying legal doctrine.

Max Travers is Senior Lecturer in the School of Social Sciences at the University of Tasmania, Australia. He is the author of The Reality of Law, The British Immigration Courts and The Sentencing of Children; and co-author of Rethinking Bail. The latter study about bail describes decision-making, and responses to "vulnerable" defendants, in criminal courts.